Sparking an Interest in Student Mindsets and Watching It Grow 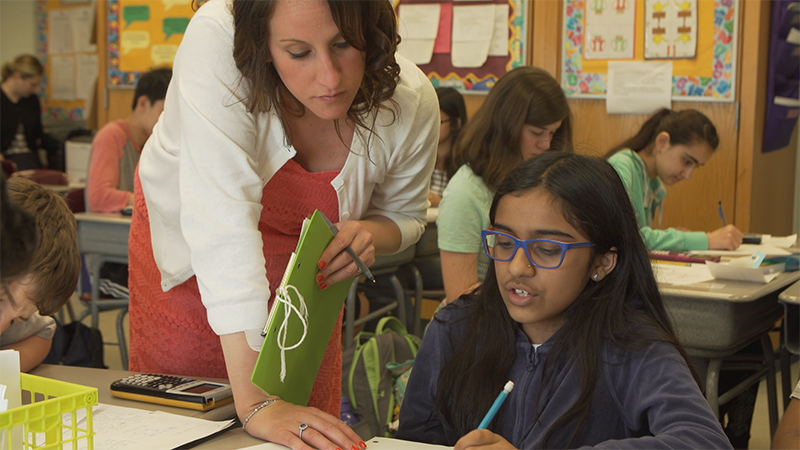 Every year, when confronted with the state exams, I.S. 126 Albert Shanker School for Visual and Performing Arts in Queens faced the same problem: students would give up before finishing.

The problem with persistence and fear of challenge had become so great that during the ELA and Math state exams, it was common for students to refuse to even begin the test. They claimed they knew they would fail.

Assistant principal Kristen O’Brien knew something had to change. She enrolled two of her teachers in the NYC Department of Education’s Academic and Personal Behaviors Institute.

Research has shown that developing students’ academic and personal behaviors can lead to resiliency, creativity, and persistence, making this program a powerful instructional shift for educators around the city.

Erin Lalor, a math teacher, and David Parente, an ELA teacher, committed themselves to learning at the Academic and Personal Behaviors Institute with enthusiasm, incorporating growth mindset language into their classrooms by saying things like “You put some hard work into figuring that out!” rather than “You’re so smart!”

But the work didn’t end there. Previously rare and uncomfortable, classroom intervisitations helped scale this type of growth-mindset language throughout the school, as teachers learned from other teachers and themselves practiced growth mindsets.

Across the city, other committed teachers participating in the Academic and Personal Behaviors Institute were leading similar charges at their schools, and seeing exciting results.

At P.S./I.S. 266, teachers taught learning strategies to combat struggle and build persistence, and participated in small groups to scale what they were learning across the whole school. Meanwhile, at KAPPA International High School, teachers implemented growth mindset principles in their feedback to students, leading to a 60% increase in tenth-grade students actually doing revisions.

Back at Albert Shanker, Ms. Lalor recalled a student furiously working to finish her state writing exam. The student had already worked through the full four-hour exam period and, as time expired, started asking for extra time. “She said, ‘Miss, this is the longest I have ever worked.’” Progress. 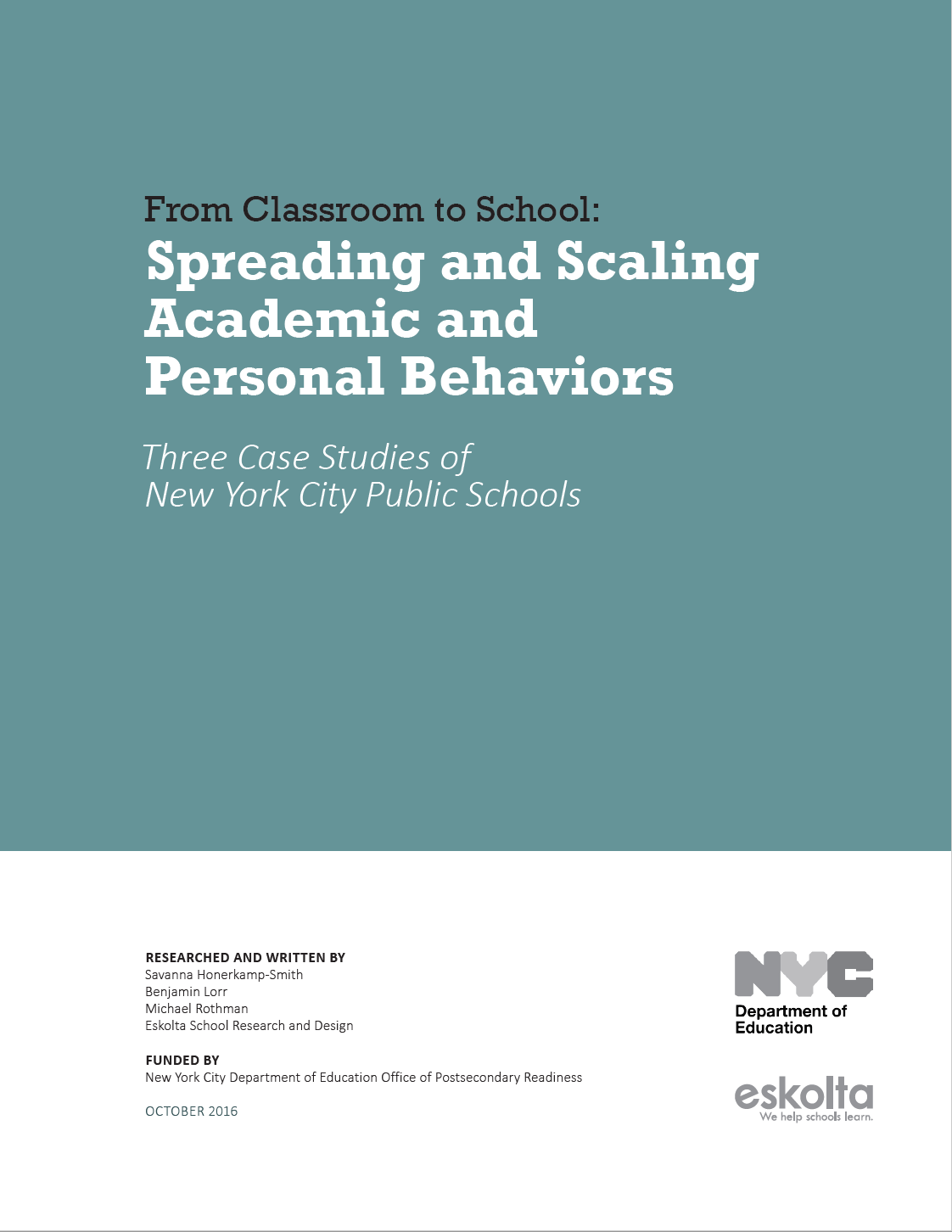 About the Project: Led by the NYC Department of Education’s Office of Postsecondary Readiness, with support from Eskolta, the Academic and Personal Behaviors Institute provides teachers with professional development sessions which introduce research about building students’ academic and personal behaviors, or skills, habits, and beliefs students hold about learning. Over the past four years, it has worked with more than 250 teachers at 98 schools.

To access the full report, a case study of the three schools mentioned in this article, fill out the form below.