What We Do: Design Projects >> Data Guided Leadership

As demand for a technologically skilled workforce continues to increase, the ‘digital divide’ disproportionately affecting Black, Latinx, and female students who lack access to quality computer science tools and instruction remains a challenge. The Computer Science for All (CS4All) initiative is the product of a public-private partnership between the NYC Department of Education and the Fund for Public Schools. It aims to make computer science a primary subject embedded in K-12 schools by 2025. To help address historical disparities in access, CS4All specifically focuses on students who identify as girls, Black, and Latinx and provides teachers and administrators from participating schools with professional learning and resources. Currently, CS4All’s goal is to train 1,200 teachers in computer science education.

Achieving this goal involves significant coordination and management at the district level. Having recently undergone a restructuring, CS4All’s leadership team asked Eskolta to support them in establishing better processes for making and implementing decisions. Over the 2021-22 year, Eskolta facilitated a series of monthly strategy meetings and provided individual leadership coaching for each of the team members. Jennifer Ostrow, a Senior Consultant at Eskolta, led the leadership coaching, while co-facilitating monthly strategy meetings with Benjamin Lorr, a Senior School Design Partner at Eskolta. “We facilitated meetings focused on a central skill that the team identified as an area for development so that they could arrive at a decision that everyone could commit to, then communicate clearly and authentically to the people that they supervise,” said Ostrow. Team members were introduced to The Five Dysfunctions of a Team, a book by Patrick Lencioni. The text gave them a common language around which to talk about the team’s functionality and introduced exercises that worked on trust and accountability.

Eskolta also worked with CS4All to support the development of whole school support systems. “If you’re just training teachers but you’re not supporting a school to implement those trainings, it’s probably not going to be as effective,” said Ostrow. The team developed a series of key elements of the student experience in computer science, such as understanding the essentials of computing technology and applying it to real world problems, including as a tool for social justice.

Surveys conducted before and after Eskolta’s work indicated clear growth in the team’s willingness to engage in productive conflict and trust in colleagues. Many team members reportedly asked for more feedback and texts to read, and said they enjoyed having a space to reflect on their work. In the upcoming year, CS4All will expand their partnership with Eskolta, continuing the support Executive Director Ron Summers found most valuable: “The one thing I definitely value from Eskolta is having a third party to provide a fresh lens on how we as a leadership team can work together authentically to build trust so we can move the work where it needs to be.” 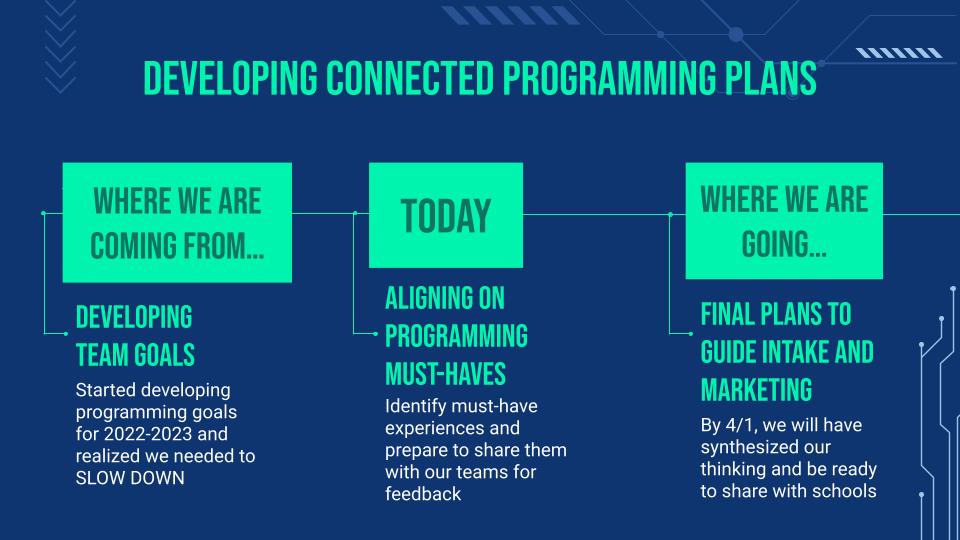 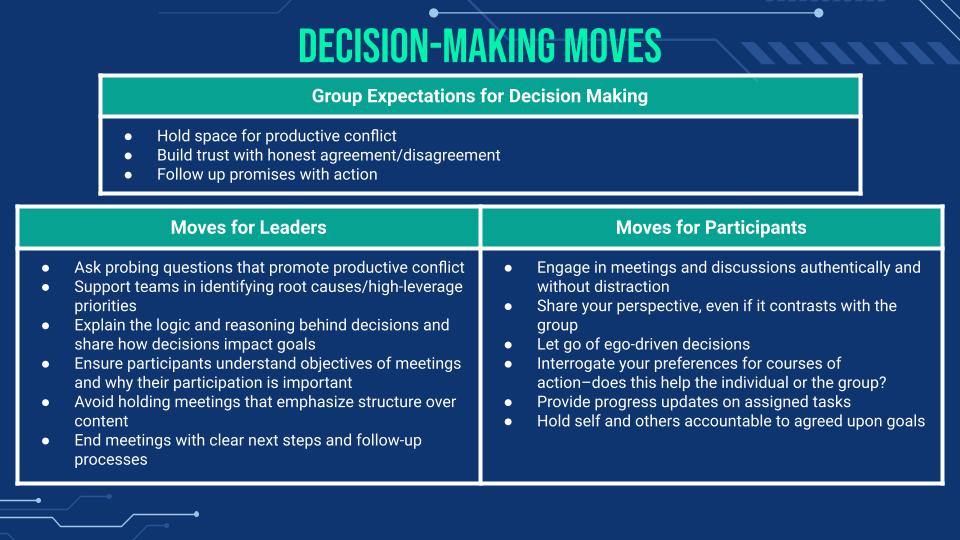