“Many of our students come to us with a ‘you vs. me’ attitude to schools and teachers, but when we put clear expectations for learning in front of them plus opportunities to revise their work and make decisions about how they move through courses, we see students shift to take on ownership of their school experience.”

Building Towards Mastery, one of a four-part series capturing practices and tools that support deeper learning for overage and under-credited adolescents at transfer schools across New York City, shares how Bronx Arena High School developed a mastery-based curriculum that empowered students to take ownership over their own learning, overcome their challenges, and achieve success in college and careers.

In 2013, Bronx Arena High School became a member of the Transfer School Common Core Institute (TSCCI), an innovative professional-development institute led by the NYCDOE’s Office of Postsecondary Readiness. The school used its participation in the TSCCI program to launch a multiyear effort to develop the school’s nascent mastery-based learning model into a rigorous system of instruction and assessment based on schoolwide competencies. With support from TSCCI partners Eskolta and reDesign, the school’s leadership and staff advanced ideas for achieving their vision for student learning, such as identifying core skills and sub-skills, measuring student growth, and personalizing instruction. As a result, the school has witnessed dramatic increases in student performance on state tests—including a 100 percent pass rate on the 2016 Common Core English Regents exam—as well as an improved graduation rate and college retention rate. As one Bronx Arena student shared, “Before I came [to Bronx Arena], I wouldn’t do [work] on my own because I would think it would be wrong, but now, I just do it, and if it is wrong, I change it.”

This report details how Bronx Arena designed the building blocks for their mastery-based approach and developed tools such as the Wheel Framework, which lays out the rigorous expectations of the mastery-based approach, the Challenge Template, which guides teachers through the process of developing plans and assessments, and the Facilitation Plan Template, which helps teachers plan for individualized instruction. 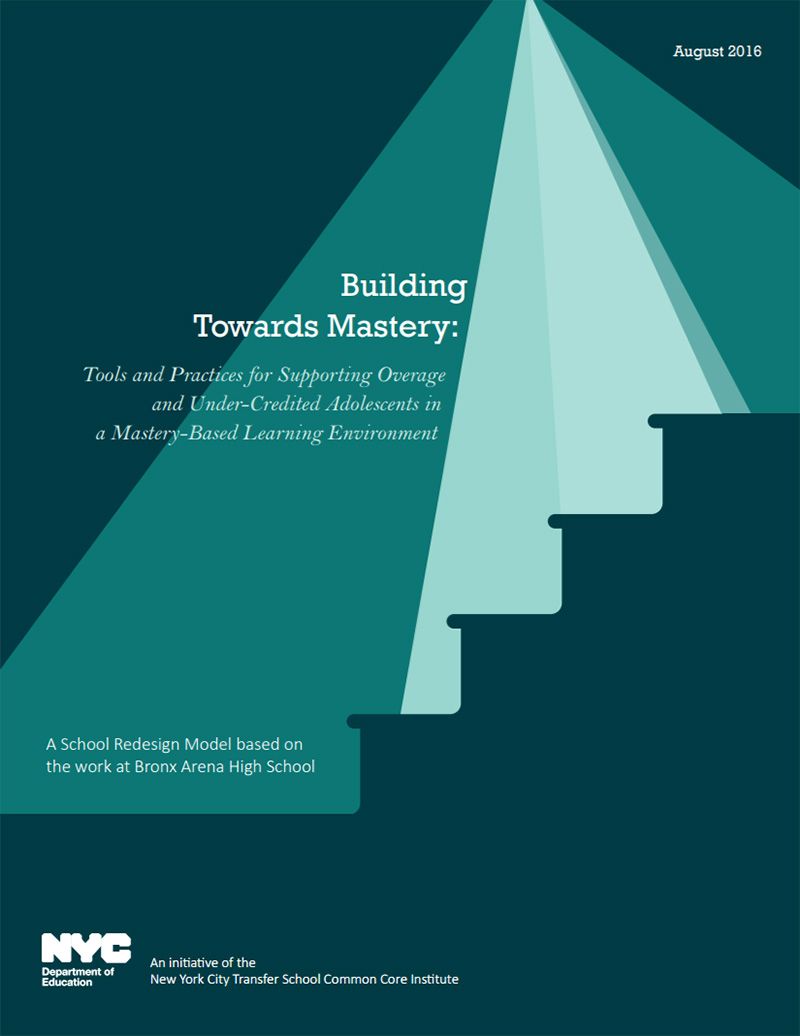