Establishing a Philosophy of Feedback at Voyages Preparatory High School

For teachers, deepening learning for their students is a nearly universal goal. But how can teachers help students improve syntax and argument while also engaging them in thinking more deeply about their writing?

In the fall of 2015, a team of history and science teachers at Voyages Preparatory High School, a transfer school in Queens serving students who are overaged and under-credited, began to explore this question by investigating the role of feedback on student engagement. What began as a project to pilot conferencing structures in their first year as participants in the NYCDOE’s Transfer School Common Core Institute, developed into an exploration of the purpose and power of feedback, culminating in the creation of a self-described “philosophy of feedback” in the second year.

The team’s work was a three-step process. First, they reviewed school-wide writing skills rubrics and looked for ways to make them more accommodating for feedback. Then, the team discussed deeper questions about feedback. “Our narrow aim (conferencing) expanded to looking at how we gave feedback in general, our standards, and at our curriculum,” says science teacher Andrew Schirling.

Consequently, teachers realized that multiple forms and degrees of feedback were needed. This revelation ultimately led to the last step: the school team recreated their course map from scratch, building in space for teachers to backwards plan and become more intentional about when and how to provide feedback to students.

The new course map and corresponding feedback tools became more streamlined, user-friendly, and aligned to the school-wide skills and “philosophy of feedback” (see tool at right) by mapping out assessment and feedback in practical and doable ways. As a result, Schirling explained that “students who were given specific handholds and actionable steps through such feedback made gains and improvements in the quality of their work.”

Armed with their new course map and rubrics, Schirling is confident that for him and his colleagues, the feedback they give is “quick, actionable, clear, rooted in the standards, and provided promptly.” He remarks, “This philosophy of feedback will be the guiding hand for the work that we do [as a school] going forward.” The school team has now begun to align school-wide skills with their writing assessments and feedback to students. 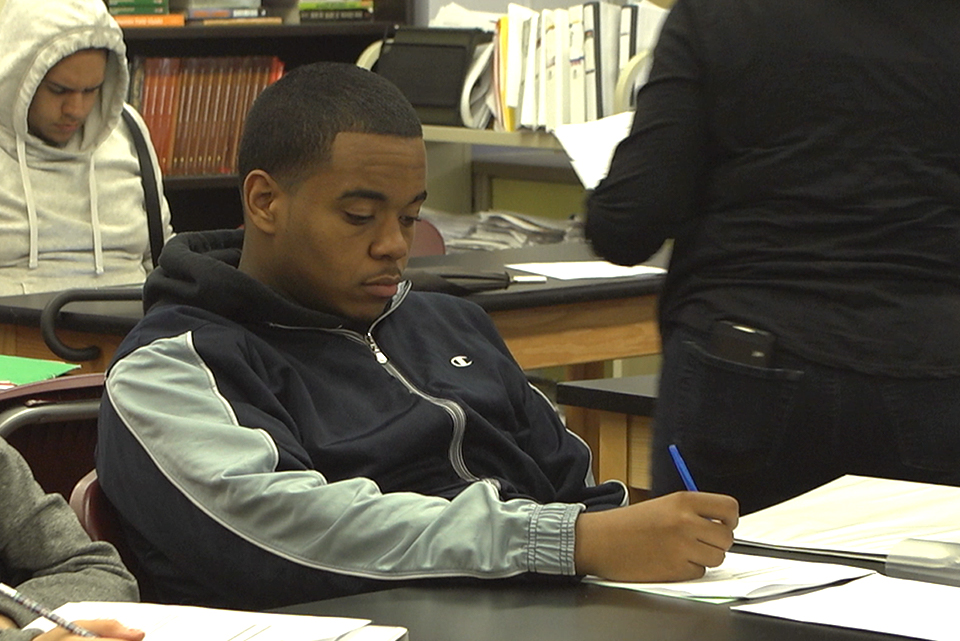 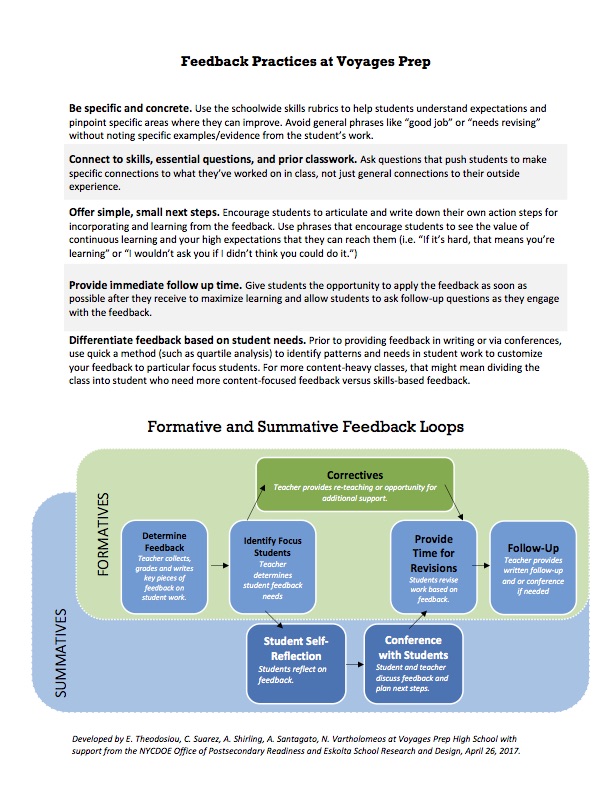